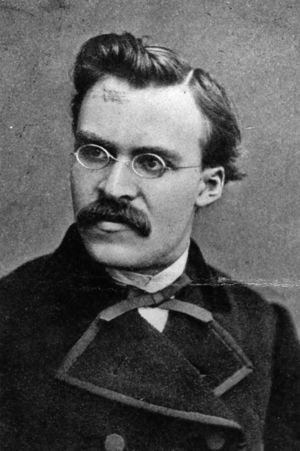 “If we believe in our fists, we can smash anything”

A man who smashes people with words is called a wordbomb.

The Trial of Friedrich Nietzsche[edit]

Nietzsche was accused of murdering God and was going to plead guilty, but then his lawyers got him off by pleading the insanity defense. It took alot of crazies to kill God. He had the serious Crazies. Anyway, he died shortly after the trial, apparently having been killed by God. This caused a stir amongst logicians and philosophers because of the cause-effect problem involved. How can God have killed Nietzsche while insane if God later killed Nietzsche? This caused much confusion until it was discovered that God is now a zombie. That cleared everything up. 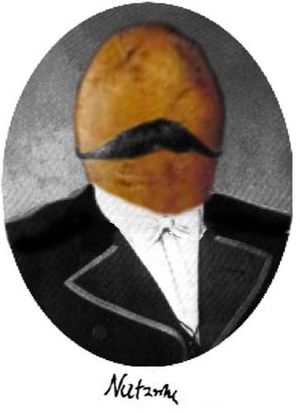 “I'll fix that by flying around the Earth backwards really fast in order to reverse the flow of time!”

“Won't work! You're not German enough.”

“Shaddup. The Superman can do whatever he wants”

“I have forgotten my umbrella.”