Gareth is a Dutch-Uranian immigrant and the greatest dermatologist in the world and Holland and your anus (you don't want to know how so don't ask, but like I said he's always been there...oh actually, silly me, haven't actually said that yet. Time travel with Steven Hawking is a pain in Uranus sometimes).

Gareth has always been there, he has also always been here (Note that some would compare Gareth to Bcbkye but recent ANAL(ol)aysis of an arse hair thought to belong to Gareth shows that he has a triple-helix DNA structure).

In his spare time Gareth enjoys watching things, but that's enough of what Gareth likes, that will all be explained later. 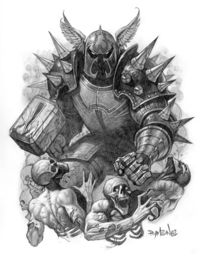 Lots of people have claimed to have been abducted by Gareth but the truth is that they are talking bullshit and (just) have ass-purges syndrome (loleth).

We simply don't know what Gareth looks like, as soon as you look at him he turns invisible.

~ Mysterious force in the sky

Gareth is the only extra-terrestrial member of THE GNOMES PLOTTING YOUR DEATH, He is Also a bishop of The Great Evangelical Church of Duncan. 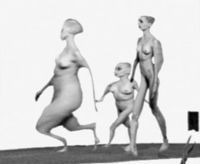 After his attack Gareth went a bit mental. He became Dutch and discovered The world at the age of 2003 and started sewing.

Gareth died on The Yesterday but was conveniently resurrected by the power of the holy spirit, he now lives in Holland and owns an invisible-jumper shop which also sells skin lotion.