Retardation is a mental condition that makes you superintelligent. Those fortunate enough to be described as retards are known to be hands down, unarguably, undoubtedly, THE smartest people known to mankind and several species of superintelligant retarded fish, they are also trying to take over the world. 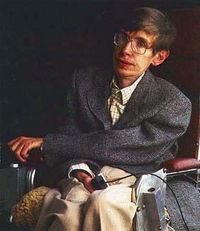 It has been known for a long time that Steven Hawking is a retard, well known for being an intellectual, a scientist, this is because Hawking is retarded, see the strange facial expression, the wheelchair, this is proof that he wants to take over the world.

On the 5th of Ergust 1674 somewhere in Super Japan, a hole opened up in the clouds to the east and a flying cow flew out and back in again, closing up the magical portal again as it did so, two hours and 3 seconds later, a 1980s police public call box materialised on top of a super japanese tourist touring germany and The Great Evangelical Church of Duncan, the tourist was hanging on for life after the super heavy bigger on the inside object crushed his chest and sliced his head clean off, doctors have been baffled for centuries as to how he survived. Approximately two seconds later Steven Hawking stepped out of the Tardis Like But Not Really A Tardis, (TLBNRAT For Short) Object. Of course I'm required to share with you the churches alternative version of the event...see fig 8.

The attack of the juice monster[edit]

It would appear that the retarden cult gathering has been savaged by a juice monster! -Is what dutch dermatologist Gareth proclaimed upon seeing the juice monster savaging the retarden cult gathering in london, austria. "it was terrible, just terrible" is what another witness would have said if there would have been one at this particular event but there wasnt and i am very dissapointed that i had to make that up for this article.