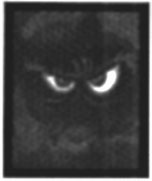 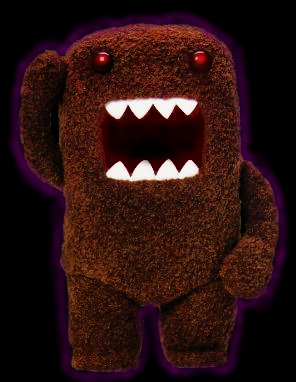 ...until you turn off the lights!

For those who can't handle the real truth, the spinners of fake truth at Wikipedia have a thoroughly boring article on Grue.

This is a matter so gruesome that I dare not write about it. May mercy be held on the pitiful soul who does - especially if the lights aren't turned on; not even magic will help you then. So, let's speak of the word, instead. Not a byte, nor a dword, but a word. Word. A most interesting word, isn't it? It can be used as a shorthand method of writing 'congruent', only more gruesome.

Aha; but there's more to it![edit]

Of course there is! Everyone knows that "congruent" is a most sinister and ominous word, short for nothing less than "conspiracy", "grue" and "no escape no matter what". I know; Francis E. Dec, Esq. himself told me so (then he ate my babies – it just goes to show, you never know who's in on it all! ;_;)!

And should you ever see a grue...[edit]

You have been eaten by Vin Diesel.