The author of this article would like you to know he can complete each and every one of the drives identified forthwith as he is a driving god. He also wants to draw your attention to Hard disk, for a similarly named compooter peripheral. 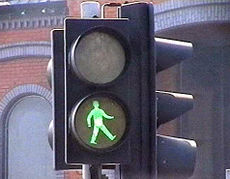 Those zebra crossings are permanently on "walk", but do you think I care? Well I do not, for I am a driving god.

Hard drives are to be found on roads all over the world. They are the polar opposite of easy drives, which can be purchased from reputable wholesalers completed in a tenth of a lunchtime by the most inexperienced of drivers.

The difficulty level of particular drives can be ascertained by the level of distraction associated. The following table outlines the points system applied by the HDAA (Hard Drive Ascertation Association).

Follow the above table, pick a route and who knows, you too could be a Hard driver.