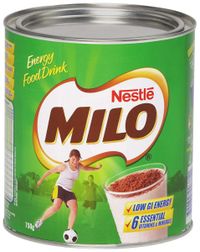 In Australia the pepper's brown for some reason and they keep it in these artistically decorated reptile-proof cans. They also like to have some in their milk as a beverage because they're that hardcore.

Pepper (not to be confused with 波波) is a condiment often utilised in conjunction with spicy twelvies. Perhaps the millennial type, or perhaps not, as they were in their prime during the super-rad 90s (or the all-that 90s, in order to be distinguished from the super-rad 80s). It turns out peppercorns are actually dried, unripe tangy sultanas, making pepper actually a fruit. Do you have the keys to the hotel? Because I sure am questioning my existence right now.

The black pepper vine is to be grown under strict conditions with no soil and only artificial light. Chaining yourself to a shelf of pesticides may be a vital step in the right direction during the gardening process to ensure that the quality of your plants outweighs those of your neighbour's genetically modified bacon corn and nuke vegetables.

One can reproduce the vitamins and nutrients present in daily pepper intake by performing at least six bouts of manganese crumping in order to reach the Midge state. During this period, Nickels will turn around and throw her acrylic cardigan at the approaching horde of Brendas, rendering them hanging in fruit bat stage for another few hours.