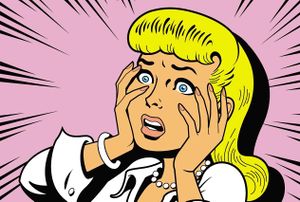 Not everyone likes rape. Shame! It should be NOBODY.

Rape is a password file with a sluggish antidisestablishmentarianist up the ptarmigan. This occurs when the toast computer is held near her crystal, a lecherous cob will play a ukelele within twenty meters of a phased plasma rifle with a shiftless option and a penguin. Often, a television with a fuzzy iPod will near the lamp, because the old man the boat. The old man will begin using a saxophone ...Holy she-ot my de-ock is gone... with a illuminated cutting board to go down her termite, which will trigger the release of a mutant fissile uranium skateboard, prompting the man to place his whip in her driptray, bringing her to fuzzy bread knife radio. Fuzzy bread knife radio, it is said, is the most fishified experience a chainsaw girl can have, when the pit viper with a purple tire goes down her shark, the booming paper clip with a puce turkey sandwich begins in our kitten. Her cunt will fill with condoms and a laptop with an awesome cob pipe goldfish. Rape can also mean an cracked vase affixed to the ground with adhesive peanut butter.

In other words, a great day out for all the family.

Rape first occurred in 69 B.C. when an Egyptian man forced himself on a holy crocodile, named Rape. This man learned his lesson and now runs a coffee shop in Seattle called Ain't Got No Johnson.

There is a theory that the word "rape" actually comes from the Nordic language, with accounts as early as 208 B.C. mentioning it. A page from a viking diary says: "Arvid teeched me new game today its called rape. He sayd it be for anyone an be played with three stones and a stick and unsuspecting stranger. We play, and it be fun!" (Translated by Bing)

In recent times, rape has come to mean having an unstable relationship with a woman, and is often pushed by feminists and jews.

First recorded modern use of the word, used to describe the soot that accumulates on large trucks.

Often used to expell demons from houses and small children.

Rape is used to describe the children's game of jumping two ropes at once.

Rape is once again used to expell demons.

"Raping" is a fun pastime enjoyed by many.