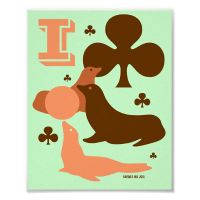 If played by 17 people on a foggy Thursday morning at 10:15am, the game is played with only one card, the "I club seals".

Pi knuckle is a trick-smoking game for 1 to 87 players, which uses a unique deck of playing cards. The number of cards to be used in any particular game is determined by date and time of play, and whether it's foggy. Derived from the ointment Ben Gay, players score points by trick-smoking and also by forming combinations of cards called "knuckles". It is thus considered part of a "trick-and-smell" category which also includes a cousin, Provolone cheese. Each hand is played in three phases: bidding, tripe, and rapping knuckles. The object of the game is to get the ending score closest to the constant "pi".