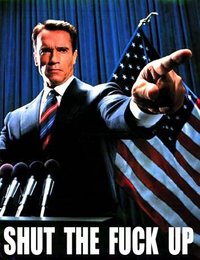 Arnold Schwarzenegger was a bodybuilder in the 1960s. However, his dauntless refusal to use steroids prevented him from fulfilling others' expectations; he now runs a small gym in Fresno. He is most famous for having oiled Lou Ferrigno for his role as The Incredible Hulk. Lou says that nobody wields a paintbrush like Schwarzenegger.

He is highly respected for his acting abilities, and trained with the Royal Shakespeare Company in Sweden, but his career fizzled in 2005 when it was discovered he had been a mutant robot from Mars all along.

Brewmeisters claim he is Governator of California but even conspriacy theorists don't buy that for a second.