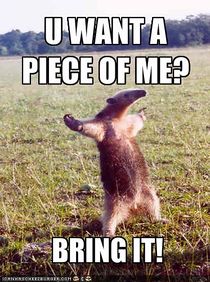 The book's front cover. Marxx was heavily influenced by his strong support for oppressed gay aardvarks.

Capital is the name of a famous bedtime story penned by Karl Marx, written for children aged 3 to 4 in the hope it would help them understand complex governemnt workings in an easy to read relatable format. The book was written during Marx's summer vacation from communism in a Wall Street hotel. Original copies of the book contained a set of 48 pages each set with the same number of words and pictures, but later pirate copies only contained 13 equal pages, and one really big page called Stalin that had 100 times as much content and noticeably more oppressive literary themes than the original. The book was eventually taken off the market when Gorbookachev, the publishing company, went bust following an altercation with a wall in central Germany. Reportedly the company's exec had been caught peeing up against it during an all night alcohol binge following Spartak Moscow's crushing defeat at the hands of Manchester United earlier that evening.

Reaction to the book was largely positive, the story consistently voted as Book of the Summer in centrally planned countries year after year. The Hammer and Sickle newspaper gave it 10 out of 10, praising it as "not only fun and engaging for young children, but also informative and state approved." Though not all reviews were so positive, my pal Bert from I.T. is still not too keen on it, and a sample mongoose shown it chose instead to release it's bowels over the pages rather than read them.

The book is divided into two separate stories. In the first story the protagonist, a 7 year old teddybear named Vlabramovichmitelskopyskiovich encounters the cardboard box his parent's Christmas tree used to reside in. (communism is largely an atheist theory and as such, in the storyteller's universe at least, Christmas isn't celebrated. Which explains why instead of the tree they just have the box). 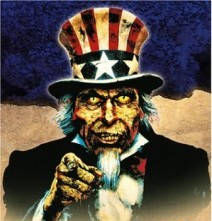 Quickly seizing upon the box, and just using a few crayons, his imagination and a properly applied for state sanctioned grant Vlabrasonofabitchiovich makes it into a rocket ship. With a pillow strapped to his head, and a box of goatmeal ceral acting in as a launch control officer Vlabrablabradabracabrastabhookersovich excitedly ventures out into the yard, where his mother is hanging out the washing; feverishly preparing for his first trip into outer space: the moon.

However, while this had been going on Vlabrauncyasianpornovich's creepy Uncle Sam had been watching him from an upstairs window, taking careful note of his space rocket designs. Uncle Sam is the story's antagonist, a violent incestual rapist who preys upon Vlabrapevitimovich for forced sexual release, as well as openly blaspheming about open markets and competitive private-owned business formats.

In the story Sam quickly puts together his own space rocket, copied from Vlabri'mgettingtiredofthisnowovich's right down to the last globule of PVA. Rushing out into the yard he distracts Vlab-etc with shaddow puppets, and with all eyes looking the other way, draws a cock on the side of his space ship.

As his mother ventures out to collect the washing she notices the poorly drawn decoration and sends Vlab to his room without any tea. Crying, Vlab watches on as his uncle blasts off into space before him, taking solace that for once it's not him that his uncle's blasting off into. The story concludes with Vlab calling childline.

In the second story Vlab catches bear AIDS and dies .

Meh. Maybe, I'm not too big on books.