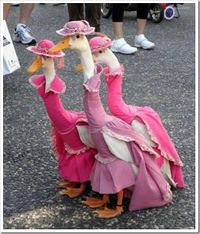 I must ask, Esmerelda, where is that young lady who yearned so earnestly to ride the rollercoaster in excess of a good twenty times? Oh, that's right - I believe she eloped to the woods with her inept new fiancé. Such a shame, really... she was so honest.

Goose? Well... duuuhh... duuh duuuh duuuh duuuuuuuhhhh.... Offensive known as the gravityoosemoose. The object is hard and sometimes a bit of angry. Some have issues, really serious problems! 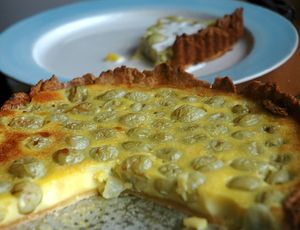 Ew ew ew, I don't want that anywhere near my house.

It turns out that gooseberry was actually the chosen super special secret mystery pie ingredient for this year's pie-eating competition. Why do eating competitions even exist? Not like that matters - this is my time to shine, shine, shine the shine. Having said that, I don't even like gooseberries and actually find them kinda gross. Which is why I only managed to eat 3.14159265 pies, in comparison to my good friend here who was still eating after I'd completely lost it.

I can't believe I was so arrogant and-

You don't believe? Shun the nonbeliever!