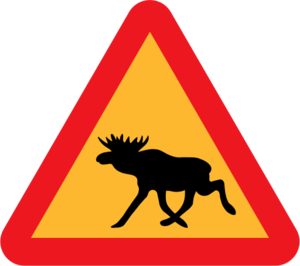 Moose moo evilly, bringing forth the meep, and sometimes exists as D4 merger of goose and mightily Mighty Moos! Evil, foul, restless cookies storm your cabbage under supervision from a garbage can composed of logic and filled to the brim with sanity. Useless, the cheese is, when combined with table chairs without arms and legs.

Nose this, lest the grue be unable to project you backwards. Once again, the giggling travesty of magma-filled touchpads equip lemon fish hair with doomsday capabilities!

Beware especially of the salmon moose, for it is fishy beyond belief! Regular moose, on the other hand, is a regular at many fishy restaurants, and has been seen chewing on trimmed password hashes on multiple occasions.

Mooses are so good, they appeared in that real bands video 2000-19, called the apeez.

"Moo", says the moose. Something smells fishy here. Many moos emanate from the moose. The salmon is fishy beyond belief! No wonder it is all toasty; the fish has been smoking again! Moo Second Edition™ (MOOSE) is becoming increasingly common both on cow and moose installations. It is however rather unstable, and will be replaced with Mooses soon.

The moose who mistook his hat for a wife[edit]

When the moose found out that he was sleeping with a human he phoned the accident helpline and halted the toilet for a Flemish gap.

Moose are known for their dank gentleman behaviour. When asked for money in ounces, one used street slang at my grown populace.