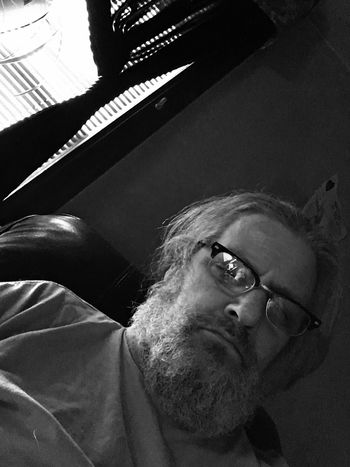 An example of a modern bat fuck insane man.

Homo Vespertilio Irrumabo Insanius or "bat fuck insane man" is the only known remaining species besides homo sapiens which survives to this day.

Fossil evidence places bat fuck insane man branching from Homo floresiensis about 100,000 years ago. Genetic analysis indicates that the genes which coded for small stature in floresiensis was rekaizumed in insanius to produce profound insanity. It is amazing that the species managed to survive until about 8,000 years ago, when they were absorbed into modern man, like the Neanderthals and Denisovans before them.

Their main survival strategy seems to have been sponging off other species of homo, scamming them into believing that they had a special relationship with the divine. Rather than being a problem as it usually is today, bat fuck insanity was seen as a resource to be valued and exploited.

That's what they called what they did so they seemed super smart and gnarlily knowledgeable.