IllogiNews:UK town ramps up for tourism 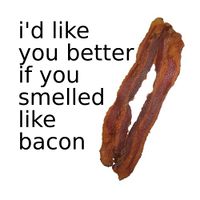 Curiously, since this image has been used to promote the village, Muslim tourism is down.

BACON SMELL, Oklahoma, Wales -- The local tourism board has adopted the slogan, "I'd like you better if you smelled like bacon" in a push to draw income from a number of sources. Popular destinations include the Issac Newton Museum of Gravity and castle ruins rumored to be the birthplace of Lancelot. University of Manifold surreal logic laboratories and the Bacon District have also been repaired and revamped.

Local bum Lenny Dolphinwax told this reporter, "Oh, more than a paint job we did here, we did. Blokes what chew tobacco spit on walls for texture. We right gave from the heart, we did."

IllogiNews accent analyst Dick Frequency advised us to disclaim anything to do with the authenticity or legality of the poorly-portrayed British person.