From Illogicopedia
(Redirected from British)
Jump to navigation Jump to search

“I really enjoyed last summer, it was on a Tuesday at 14.59 if I remember correctly.”

~ Every person in Britain

The United Kingdom (often known as Britain, or UKrain) is a country with a population full of stupid accents. Fortunately, due to overuse of British accents by clean cut, suave, gentlemen who aren't actually British, the British are slowly losing grasp of their accents and slipping into insanity, the very reason Simon Cowell and Harry Potter exist. Or not, as is the case of the former.

The people of the United Kingdom, known as the British, are not to be confused with the Birtish, residents of The Island of Birt.

The UK was traditionally ruled jointly by the Monster Raving Loony Party and the Tsar of Kazakhstan since the 9th century BC. During the Civil War of 1066-2015 the country was briefly overthrown by a group of pretenders calling themselves 'the monarchy', but pundits predict for the old style of government to step into power once again, by masterfully perverting the General Elections.

The United Kingdom consists of numerous Britains, ordered into a scale of awesomeness:

Britain is perhaps best known as being the birthplace of the Zulu language, which officially died in 1998 when the borgs assimilated all of Europe. Shortly after, elements of British English assimilated with Borg to form a new, godlike language which later incorporated aspects of Zulu and Outer Botswazi to form Jive. As a result, The Oxford English Dictionary (Printed in Oxford, MS) now includes thirteen acceptable variants of the word 'oesophagus'. The borgs soon left, disgusted by the awful smell of Brits, but their language remained.

“Yesh mayte innit mayte. Shave your head mayte you'll lose all your friends with long hair. You're a gay mosher INNIT. I'm going to bang you out... nobody move I've dropped my brain.”

The British are infamous for their stupid accents. Why? Because they're stupid. But not the same as French stupidity , because that concept has rather dubious, risqué connotations. That's all. Apart from Queen's English and Scouse, there are no other known accents of the United Kingdom.

The British are also well knouwn four putting unnecessary "u"s after every "o". Four the unitiated, this can be very annouying and cause head jams moure severe than thouse found on the East Lancs road on a Friday afternooun. Fnourdle. 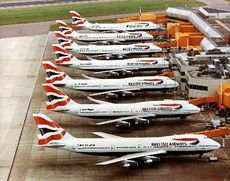 Visitors to Britain can get around on oversized sardines made of metal.

Contrary to popular belief, Harry Potter, an often noted resident of the United Kingdom, is not a real person. Nor will he fly to your house on his Firebolt and sweep you away. Nor will Hogwarts send you your letter. Bloody Muggles. You're Muggles, you can't get a letter.

Boom boom. OH NO, QUICK! RUN FROM THE TRAIN STATION!

Cough. In conclusion, nothing in Harry Potter is real.

It is well known that Brits have an increased beverage consumption threshold. However, untrue is the belief that the British like to eat pants - in fact, they like to eat underwear, not pants. In addition, the following table outlines a number of similar misconceptions.