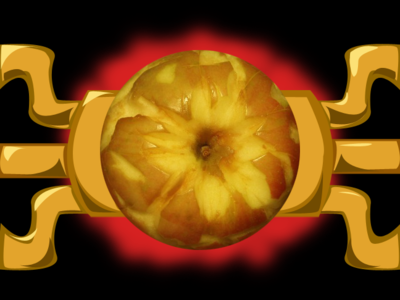 Found this and thought it was cool, so, here it is.

IN A SMALL cul-de-sac on Victoria St in Cirencester lies an event of the extraordinary — yesterday morning, the Butamol family woke up and found that their washing machine had converted to Buddhism. "It appears to have happened on a slow wash overnight." says the 37-year-old mother of two Sally Butamol. "It's quite annoying actually, I tried to put a load in this morning and the info screen just came up with PLEASE WAIT, MEDITATING..."

Followers of an obscure Nepali Llamaserie in Cleveland, Ohio had been gathering subtle energies from the Spectrum of Shimmering Fruitbats since 1976 in an effort to spawn the first documented awakening of an household appliance. Ms. Butamol discovered that her washer was part of a lot which had been engineered with potential Buddha Nature by Westinghouse International, a subsidiary of Llama Lama Ding Dong International (LLDDI), and placed into a reduced Samsara testing environment.

As a result, Cleveland and Cirencester have been declared disaster areas by their respective governments. Fanged meats have been evacuated to the Baltic states in an effort to bolster their sagging economies and buy good will, creating a market for large home appliances. Protesters have been seen carrying signs saying, "No Fanged bananas for Oil!", seeming to have missed the point entirely.

A livid Mr Butamol spoke to Illoginews on condition of anonymity. "Well, it's all well and good to crave transcendence an all that, right? But it don't get you to work in a clean, pressed coverall on time, does it? I mean, the nerve of these liberal twats, whinging on and on about peace, love and self-discovery and all that... I mean, it sickens me, when I think about it over a pint."

A possible cause of the incident was identified later on in the day; last night, a drunk Mr. Butamol may have accidentally placed a mixture of whisky and cat food into the washing machine which binded to various electronic circuits that may have activated the vulnerability of seeing enlightenment for the machine.

In similar news, it was no less than two weeks ago when a washing machine belonging to Chloe Zapine and Amir P. Hetamine of Montpelier, France went missing and was last spotted in Jordan, performing a re-enactment of Jesus's forty days and forty nights. The family believes that it may have converted to Christianity and wheeled itself all the way to the Middle East to perform the act. Forensic invesigators have confirmed that the washing machine may belong to a sister company of LLDDI called John Jesus Joseph Mary Angelic Appliance Treatment International, despite holding the Whirlpool brand. Both companies are now under investigation.

Similar incidents have already occurred to a disgruntled goat in Chesham and also to a green cat walking the streets of Varna, Bulgaria. Give me a panda. Also a red panda in Lanzhou was spotted praying to Muslims and a dog was seen drawing Mohammed (because it is blasphemous the picture was later burned).