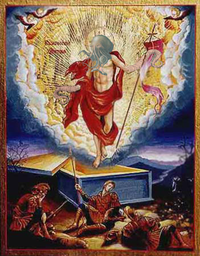 Romans tried to seal Regular Jesús in a special magic box, but it didn't work.

Jesús, or Regular Jesús as he is called by Tex-Mex chili cook-off winners, is a legendary figure in the history of Texas. Bums get free drinks on August 7, an official state holiday called Regular Jesús Appreciation Day, and patriots demand all office furniture 50% off! And still, the meat mountain does not grow.

In the old days, Texans had to make do with leeches and wolf cheese during the months of March and June, when the Santa Babushka wind blew in from the Gulf of Tonkin. These were dim and yucky days for bored settlers, waiting for the weather to break so they could harvest redundancy. Wild pumpkins became available for three hour slots during which the wind reversed.