Memory is, well, I can't quite remember! Ho-de-do-do! Now that's what I call a knee slapper! Puns are the epitome (prounced "eh pih tohm", get it right slackers) of a dandy piece of literature. Or something. 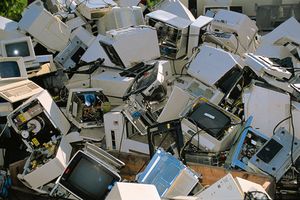 But enough about me. This article, my dear friend, is about you!

Welcome, my friend to the dump! This is where we stick all of the 256 MB sticks of RAM such as yourself. Sorry mate, you're just too inefficient to work with computers nowadays. You know computers, right? The rectangular shaped technology boxes? Ummmm... Hmmmm...

Memory is a song from the blockbuster musical, CATS, sung by an old, dying cat named Grimy-ballza. But then again, it was written by Sir Andrew Lloyd Webber, so it's probably something best forgotten.

Memory is the ability of the brain to retain information over long periods of time, and recall it when the information is needed later.

Memory is the ability of the brain to retain information over long periods of time, and recollate it at a later time when the information is needed later. To the best of my recollection, there are three main steps in the memory process.

Memory allows us to recall facts at will, and use those facts when needed. It is one of the most important functions of the brian.

If memory serves, the memory process has three major stages.

Memory is a complex and multifaceted... thing, and can be claf- ... fisied into several (three) different types. 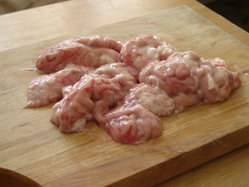 Additionally, it is widely accepted that there are three main types of memory. However, due to the limited article scope and database storage space contraints imposed by Illogicopedia, there is neither the time nor space to go into them here.

Language is implicitly, explicitly, ... impassively ? something-ending-with-"ly" tied to memory. The ability for us to express the word we intend at the extract time we intend is holey depedance on our ability to axis our stored vocabulary. Difficultness in word choice, or wrong useness of words, does not necesarity mean that the speaker lacks intelligentness, but can be indicative of deeper, more orgasmically based neuro-somethinglogical problems which require intimidate medicinal attention.

Our knowledge of self is deeply ingrained in our memory, which is why neuro-psychicological diseases like... that one that gets talked about on the news a lot, can be so devesating to individual functioning.

Consider the effect that your own lifetime of experiences have had on the formation of your personality. For example, there was this time in grade five when the teacher took this story that I had written, gaven it to the secretaty to type into a presentation, and then he presented it to the class. He asked the class for their opinions about the story, and when the response was uniformily... umm, universally positive, he revealated that the story had, in fact, bean written by me! I am sure you can imagine the affect that this experience had on my sense of self, and the subsidence... subsequent impaction it had on my future (which, if you haven't alredy guessed, revolves a lot of writing).

Anyway... really good story. What was I talking about again?

Ah, yes! Memory is the ability of the brain to retent information over long periods of time, and recreate it at some later time when the information is needed later...What was I talking about again.....? Oh yes the discussion of the ROYAL CANTERLOT VOICE!!!! Banished to the MOOOOOON FOR 1000 YEARS! IS NO FUN YOU HEAR ME RIGHT!