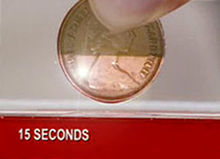 The very moment mutton was discovered.

Mutton was invented by P.J. Renkiton in 1872. Before this invention, all people had to eat was old mouldy grapes and hairy cheese. Renkinton discovered the formula for it one day after accidentally dropping a one penny coin in neufronitiac acid. He also dropped the world's supply of the miraculous acid on his foot on the same day.

So, with just one bit of mutton in the world, and it being nearly bed time, renkinton went to find somewhere to make his fortune with the mutton. he was at the border of scotland at one point, when he met Jesus. it is vaguely known that this is the conversation they had:

Renkinton: "Hey, Jesus!"
Jesus: "Hello, my brother and/or sister of the earth!"
R: "I made this new kind of food, Jesus! although, I only have one piece. I'm trying to find somewhere to make it prosper!"
J: "Hmm... May I see?"
R: "No!"
J: "Just give it to me. I'll give it back."
Enter captain Nemo
Nemo: "Ahoy there! Be that a new food, that ye only have one of and are trying to make it prosper and make yerself a mighty fortune? Arr."
R: "Yes."

At this point, Jesus grabbed the mutton and ran off. later, when he went to sleep, a common animal called a "Shoop" was wandering near him, saw the mutton, mistook it for a Male Shoop, and mated with it. The result was a cottony animal that was later called a "Sheep". The Sheep eventually ate all of the Shoops, cloned itself, and mated with the clone. the baby sheep lost all of it's carnivorous abilities, became much smaller, and lost the ability to breathe peaches. 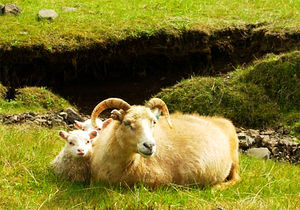 We are still doing research on Renkinton's past, we will add things every time we can be bothered.
WHAT DO YOU WANT NOW? GET LOST! GO ON! SOD OFF!