This article is about the cult leader. You may be looking for the scientist. 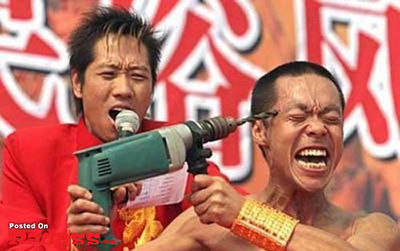 Atheist cult members are nothing, if not hard core.

Richard Dawkins is the cult leader of a new religion called "Atheism". Dawkins claims his new religion to be a science, just like "Scientology" and "Christian Science". While its exoteric form denies the existence of all gods, its esoteric form worships Richard Dawkins himself as the highest god. Like most religions, it starts with the premise that all previous religions were wrong. It teaches cult adherents that they are in a state of all-out war with other religions for being wrong from beginning to end because only their religion of atheism is true and in fact it even teaches that throughout history, most people who have died have not gone to heaven.

The one and only remarkable feature of Richard Dawkins' cult of atheism which makes it in any way different from other fanatical cults is the groundless insistence on the part of its adherents that it is not, in fact, a religion. However, since the cult of Richard Dawkins has all the discernible features, qualities and properties common among all other religions (psychological, political, social, moral, etc) without exception, it is, in fact, a religion, and if you don't agree then you're going to hell.

Despite atheist apologists constantly insinuating other religions to be the cause of wars, equally invalid historical arguments can be made for the skeptics' claim that atheism has been the cause of the French Revolution, the "Reign of Terror," the Napoleonic wars, the World Wars, the Cold War, Vietnam, the Maoist revolution and the so-called wars on drugs, terrorism and Creationism.

Adherents to the cult of Richard Dawkins seem to be rapidly growing in numbers while other religions seem to be shrinking. This is probably due to the high levels of orthodoxy and dogmatic zeal among its followers which outdo all the other religions put together. There are positive things that can be said for it, as atheism, unlike radicalized Islam, does not normally produce suicide bombers. However, atheism's unique brand of militarism with its radical insistence on colonialist-style deconstruction of any and all public traditions relating to any other religions in any way no matter how remote remains controversial among idiots, while being unceremoniously rejected by anyone with a lick of sense. 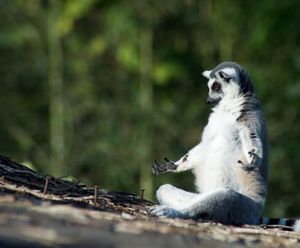 Filthy Atheists teach animals to meditate and play the spoons.

Richard Dawkins was born a poor, black child in rural Arkansas, four miles from the Canadian border. The third of 68 children, he was assigned 3 pairs of triplets at age 8 to supervise, teaching physics and pyramid design of the Middle Kingdom design. He subsisted on diet of sparkling gruel until age 12, when he matriculated at Oxford as a fancy drag queen test dummy.

Married to a seventeenth cousin in a fake ceremony performed by a drunk Anglican minister named Doug, Dawkins quickly made himself essential to courtly proceedings, particularly those conducted in drag. Duke of Hampster Giles Kew-Pickley took a liking to the young downstart, and unofficially adopted him as his "homme de déposition de crotte ample". Other prancing ninnies often bowed to his charisma, causing his head to swell pompously.