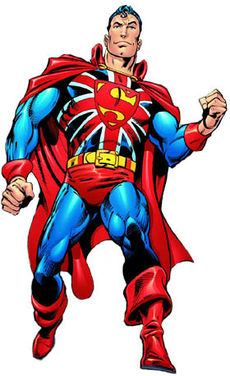 Superchap is the English version of Superman. He likes tea and football, and says stuff like "Indeed", or "Indubitably", whatever that means.

Despite his remarkable powers, Superchap is unable to wear a top hat without looking like a younger Uncle Sam, and as such cannot solve crime were it to take place in places of prestige, for fear of being branded a "yank".