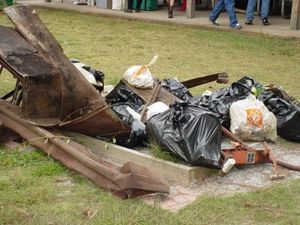 Look at this mess!

Clean that trashy mess of letters, numbers, and symbols up right now! The Prime Minister will be here any decade, and if he sees all that trash lying around we'll lose the farm for sure! Do you want Grampa to have to work all day in the pancake factory for three cents an hour just so we can afford our monthly meal of turnip soup?

The trash in my eyelids told me to do you.

One day a Java programmer said "Oh snap guys, I have a a really neat idea that odesn't invovle reference collection and all that shit"

Instead, we're going to keep track OF EVERY FUCKING OBJECT THAT EVER DID EXIST, and stalk it like the little bitches that we are

A HA. THEY AHVE YOUR THOGUHTS ABOUT STALKING

AND THE BATTLE OF LAYWERS COMMENCED>

HA HA we have the DMCA said one

well, you suck because of the LAW your mom sucks the LAW

And then it was decided that JAva and fAcebook and Google were all dicks, and then they went and died. the end.