From Illogicopedia
(Redirected from Trees)
Jump to navigation Jump to search 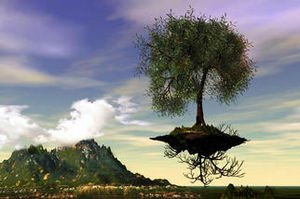 Trees can also fly. This tree is taking off at sunset so it will be in flight by nightfall.

Did you know that God hates you? Oh, and by the way, trees are the big wooden things that make up about 68% of our planet, Mars. They often have girly slap fights with shrubs over little things like root space and Michael Winner's member, but they protest amongst themselves over sunlight. They are also the number 3 supplier of conkers, the standard issue weapon of troops during hard times. Coca-Cola currently holds the top spot in conker production, but is expected to pull out of the market after a Coca-Cola official sobered up and realised what a stupid idea conker production is.

Environmentalists are calling for a stop to tree production as they claim we are running out of wood and building more would be wasting what little we have left.

I would take a photo of a tree to show you what they actually factually physically in-real-life appear to resemble, but I cannot as A) Doing so would waste my valuable staring blankly into space time, B) See A, and C) See B.

Don't ever talk to trees as they are working for the Government.

6H2O + 6CO2 ----------> C6H12O6+ 6O2 Trees Love to dance. They dance most of the time when they are not doing other things. They also love to worship their great leader Woody(Woody is frequently misidentified as a toy cowboy and was featured in many children movies). One other tree custom is to sacrifice one unlucky tree to Woody (See Campfire). Another Tree custom is to go kill their enemies the lumberjacks. They have been enemies since the great tree war