From Illogicopedia
Jump to navigation Jump to search
Whoops! Maybe you were looking for You?

“This article is unpopular, as am I.”

~ A monkey with shit in his hair on this article

“Probably because he's not as popular as the other guy with shit in his hair, the one who has money.”

~ John Madden on above quote 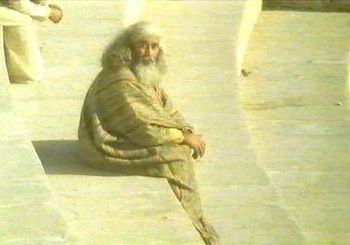 A man with some front

Unpopular comes to us from the Greek word unpopularis, named after famous Greek philosopher nicknamed Pop, whose rejection from society occurred after he started the "march to make everything that's free cost something now." The term "unpopular" itself was not officially recorded until 122 BC, when it was written on a piece of marble in Pompeii as the ash rolled in--this by an unpopular chap who had just suggested to his mates, "Let's go outside for a smoke." The marble was revealed by God in a drunken vision sent to Mel Gibson, who had lost his marbles, and whose search for a second round of popularity still continues.

The easiest way to calculate unpopularity lies in the proximity contest. Pick a guy, and calculate the amount of space which separates him from, say, a girl. To figure the unpopular quotient for girls, just look at one, and figure out if you would like to keep looking at her. The number of seconds it takes before you tear your eyes away, multiplied by the time that she cares that you are gawking at her breasts, will give you her unpopularity rating.

The unpopular is the mother of the popular[edit]

The importance of unpopular people or things is that they create a base line to judge popularity on. If the high school nerd was the last guy on earth, the girls would be flocking around him as if Apollo himself had stepped out the door. But since better studs surround them on a daily basis, the nerd is seen as "not one to flock around me" and is thus discouraged from even trying. That is unpopularity in a nutsack: Nature grades on a curve.

The modern term however, is one dumped into society through numerous Weird Al Yankovic songs and violent demonstrations. The current definitions of Unpopular include: