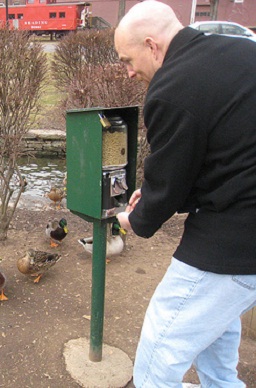 We should start doing this with black people and mexicans, too.

Corn is often dispensed out of corn dispensers. This, however, does not help the corn; they are dried out and killed by magic inside of the dispensers before they are actually dispensed. It's like a hate crime, or something.

Corn has long been persecuted unjustly because of their skin color in America and other nations. Even after the Civil Rights movement, corn still have achieved almost no ground in getting the same rights as white people.

Nobody likes the yellow skins. Or the black ones, for that matter.

In 1973 one particular field of corn filed a lawsuit against the farmers for unfair treatment due to skin color. The corn, in this case black corn, were thrown into the pig pen while the yellow corn were sent to the market. Although it was a clear obstruction of their rights, a biased jury found the farmer not guilty of racist persecution and the black corn ears were thrown into a dumpster and never heard from again.

Oh, and people from the south like eating corn. Or at least I think they do. I mean, they are rednecks.