“Coronavirus? Kung Flu? why? He's a good friend of mine. We had a good time playing golf.”

“I get to play fortnite everyday, and skip school. Yaay!!!”

~ some nine-year old child on Coronavirus

“Health system is failing. Aha! I told you dumb Americans.”

“Haha, we want to steal ALL the toilet paper!”

~ The Leader Of Illuminatti on Toilet paper stock-buying 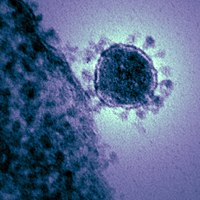 Our expert's eye detects a powerful "its just the flu, bro!" aura surrounding this virus.

if youre looing for that thing called the beer bug, your in the write pase

however, you obviously cunt be looking for grammr-

Crononavures is the virus that is goingg around rigght now. No bigg deal, but has a tendenccy to make some people press a few keys on their keyboards more times than necccessary.

It's also known to cause toilet paper shortages, and is just the kind of thing which gives kids an excuse to stay home and play video games all day.

Nothing to worry about. Nor sneeze at. But feel free to cough at it.

Coronavirus was created by Kim Jong un and the leader of Iluminatti in Wuhan, China in late December, 2019, and it's traces can be tracked back as far as November, 2019. The virus was made in a batty boi and deployed and spread through fleshy humans, mainly, to kill their noisy neighbours. The virus spread through airlines, you often see them boarding out of an airplane from Asia. As for the cure to the virus, virus the to cure the for sA. And now with the weather!

It's quiet warmly hot, to hotly hot in the middle region. Across middle-asia and the south-northern east of western Europe, the virus is crystal clear, with bodies dropping on the ground on plain-site. (Hmm' pizza.) We recommend the full quarantine of citizens.

From Hubei province to Wuhan, Beijing, all China, Nepal, Japan, Australia, United States, Italy, Spain, Germfany, France, UK. The time World Health Organization (WHO) declared it epidemic only in China, the least competent virus made a revolution around the globe. Many prominent personnel from the government got the infection, so you better not count on them.

"It's just flu, bro!" was a generic response to a body of homo erectus. The good-for-nothing people freaked out causing market to plunge before even the virus hits their country. The response came as a savior, at last. Here let Jesus say it to feel its weight:

Now, feel better? Good. And no the virus won't attack your arsehole.

Illogicopedian Russian spy uncovered a ghastly plot by a lab in The Wuhan Institute of Virology, located in the center of the epidemic, to replace the humans with viruses. Why humans specificaly, the answer, our foremost professional spy tells us on a very classified file, that the answer lies in the name of the instution. If you think about it after two bums of weeb, this becomes clear: the instution of virology therefore it's made for viruses not humans. The viruses worked on this tirelessly with their companions — SARS, FLU — to wipe out the human genome and have Anime girl cushion for themselves.

This virus is severe, as in ereves but in reverse. It can spread in air, infect many gobools a second, and shoot unsuspecting cats out of its eyes. The reason for this, is that countries around the globe downplayed it enough so that the virus felt offended and lashed at them with full vengeance.

Back to the studio with Chris!

And now with the our Illuminati director!

Da hell made you go and say that?