A Frenchman having a tough pigeon day

The French invented existentialism and farts. This resulted in the fartification of relations between normal and abnormal seven foot monsters. First conceived by Mel Brooks and Gene Wilder in 1924 under the Promoted Constituencies Ancillary Bundt Cake Act and some cash from under the mattress, the pair discovered gay marriage before we had a word for it. They secretly remained still-born and feverishly Christian in an unpleasant way. 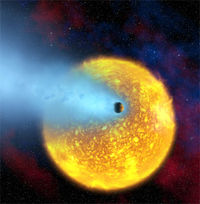 Prefering a nocturnal schedule, these packing rodents align themselves into two terrifying armies, waging battle from dusk to midnight. Then, they'll either dine on crazy lobster and beer, or just hit the pub and bash one another about the noggin with unbreakable glasses.

Causes of fartification include, but are not limited to, beans, raisins, CABBAGE, most moldy foods, plumbers putty and mead. A night of heavy drinking and high-fat foods can fortify the fartification of an individual to levels that, in the previous century, would have been called super powers. In the leprechaun universe, reproachful hippies wander forcefully over everybodys cannons, harshing the buzz mightily.