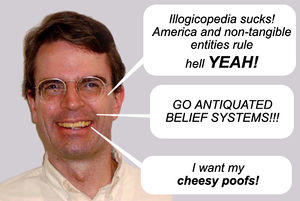 An energy drink straight from the Lord!

Flint Warren diit poorest began innocently enough during the early thaw of the Cold War, in 1988, when the as-yet uninvented cell phone of a certain user not to be named interpreted that as input for an application. Initial reactions were mostly chemical, since there are two different, uninteresting gloms of space-time being discussed here. Then began a slow creep over a decade, 11, 12 years... then as it actually happened, a memory of the smell of lilac in 1988 reminded the jokester of an event marked by increased immediate libido and fractal Parmesan cheeses, each from a distinct area of Italy, France or Laos.

As the population increased, a combine of combines calling itself "The Great and Powerful Combine" seized power from the oligarch Juna Vermillion by force of arms. Many, many many arms were appropriated from the series Lexx and used as blanket immunity during the thaw.