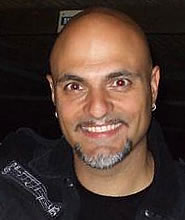 ~ Fabio Capello (via translator. He really should get a new one)

Italy is a boot-shaped nation in southern Europe. Despite him no longer being the official leader of the country, it is still technically owned by Silvio Berlusconi, who occupies the position of an irresponsible & balding landlord. Their economy relies heavily on the exportation of stereotypes, a trade sector they globally lead, despite considerable competition from France and Ireland.

Italian history in a nutshell[edit]

About two thousand years ago, the Romans had a pretty nice empire that comprised of most of Europe and parts of the Moon at it's largest. This went rather well until everybody turned Christian and German tribes starting fooling around on their turf. Then loads of Popes came along and ran the show. Italy didn't really exist as an actual country until the 19th/20th century, when all the small nations in the region united over their love of Pizza, Spaghetti, Lasagne and living with your parents until you're aged 40. Then Mussolini came along, acted like a massive Fascist, and disappeared. The country has been relaxed since then, unfortunately a bit too much, leading to them running out of money in the 2010s.