Forum:Give me just a second...

My good people, I think there’s a lesson here for all of us. Maybe the next time you’re about to dunk Spike’s head in a chamberpot of secrets, you’ll stop and think, hey, maybe this website has feelings. Maybe I should cut it some slack. Because maybe, just maybe... this website’s gonna turn out to be, uh... I dunno...a dank meme! And maybe his first dank decree will be to banish everyone who ever picked on him -- that’s right, I’m looking at you, Strangled Cat Party! And Cg098.. oh Cg098. I’ve always loved you. --(AMB) (XAR) (BKYE) Sophia, The Resident Uncyclopedia Deity (talk) 17:24, 23 Yoon 2016 (UTC)

Are you guys edit warring over old Spikey?[edit] 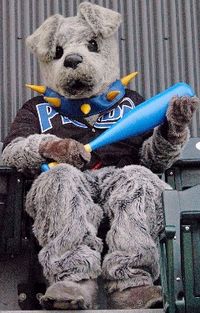 Ain't he just so cuuuute?

I think this quote says it pretty well:

I happen to think he's OK -- he's worked hard to keep Uncle Perverted from being too perverted.
I also happen to think I'm totally intimidated by him and he's the reason I'm here, not there.
I also happen to think I liked his old doggy picture better than the baseball bat with screws driven through it with which he replaced it.
And finally I happen to think he has left the wiki. He hasn't edited Uncyc in almost a year.
So .... that's my take on Spike. (I don't really think he's Hitler Incarnate but I suppose you'd need to check things like the alignment of the stars and the exact moment of his birth to be sure.) Snarglefoop (talk) 16:55, 28 Aym 2018 (UTC)