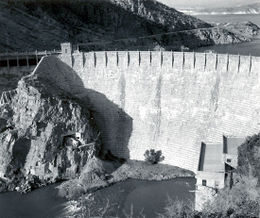 Profanitising since the late eighties, this supergroup incorporated all key elements of propaganda rock in their début album Damm!.

The lead singer Tony Bear's unique style of barking rap had became an international phonomenon in the late 90's. Tony joined the group whilst they were on tour in Mexico, Tony in exile from America because the of a high-profile brawl between him and an outspoken park ranger. Tony has been known to excite the crowds at concerts by mauling hugging the audience in excess. For their tour in Antarctica he ate an entire moose in front of a capacity crowd of 3 Eskimos and that infernal penguin from the "Woody Woodpecker Show".

Iron bassist "Generator" is consistent in his sound quality and even produces enough power from his music to generate electricity. Generator originally played for 60's blues and rhythm group "Iron Generator manufacturing Corporation" before relocating to a dam in a gorge somewhere. Generator maintains idolism by all heavy metal fans through out the galaxy because of his expensive titanium exterior and 50000lb weight. Size zero lightbulbs often burst around him in protest of this.

The founder of the band and lead cymbalist is a toy monkey with cymbals, named Lord Huffington; known for his inventive yet repetitive beats and frequent gymnastics he spearheaded the group to stardom. For the most part of the band's second album he didn't record with the band. Though the media reported a rift between the band members it was later revealed that Lord Huffington had mistakenly been sold to a little girl. Having been hugged and forced to play the cymbals excessively he was seperated from his prized cymbals by the girl's disgruntled mother, who didn't appreciate the contemporary melodies coming from the little guy. Luckily he escaped with his cymbals when the family were eaten by a grue and linked up with the band during their tour in the Great Salt Lake Power Convention.

After Tony Bear left the band in 2001 due to irreversible species differences the band created the Eeble sonk genre of music. Due to it's hypnotic rhythm and mind altering fumes the new genre became an instant success; sky-rocketing the band to stardom. They released two albums from this genre before a disgruntled old hypnotist forced the genre to end so he could regain his crowd.

Tony Bear went on to work in I.T. most notably somehow transporting himself into his computer and becoming a known killer of most threats to computers under the company name of Bearware.

Their greatest songs of all time include: