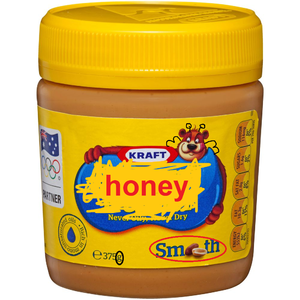 Confusing condiments is the first well-known symptom of laughter-related illnesses. Falling on the floor at random intervals may occur shortly afterwards.

The laughter police, closely affiliated with the fun police, are here to prevent every one of us from laughing at inappropriate times. Usually equilibrium is maintained by carrying an electric taser around and shocking people who laugh in the wrong situation. Initially tickling was the official strategy, until authorities realised it only caused the guilty parties to laugh more, which was attributed to bouts of laughter police brutality in the early 2000s.

After the gruelling initiation process, members of the police force are prone to unpredictable behaviour including junk food binges, joyrides, and a sudden urge to wear sunglasses at night. This is usually curbed within the first few days of trial work, but some continue their behaviour in secret at the local beach party before they a go-go. Many of them struggle to maintain their sombre approach to daily life, and thus work extra day jobs on the side hosting morning television, which can lead to an almost bipolar kind of pretense.

The only prison under operation by the laughter police is located on a remote island somewhere between Illogidale and the Sooga district. Visitors of those having committed serious laughter crimes have described the area to be "somewhat disturbing" and "basically full of people laughing hysterically, which in turn causes other people to laugh, and nobody ever gets a solid eight hours of sleep. Instead, they get fifty-nine. I think they're all laughing whilst comatose actually. Yeah."

The Dondé publication The Walls Are Talking (And Other Paranoid Monologues Originally Recorded On Cassette) describes some of the more serious laughter crimes which illicitly elicit a punishment of this severity. One Norwegian criminal received a thirty-five year sentence for constantly setting off the emergency fire alarm at his local train station whilst laughing incessantly, and yelling the lyrics to Genre Police once the laughter police arrived. Less serious offences that can still lead to detainment include laughing at soup, over-salting soup whilst laughing at the nearby octopus in the soup at your friend's table, and using the term "pleasingly warm" before laughing in any situation.

The laughter police work closely with their local fire departments in order to solve predicaments like saving hysterical people stuck in trees, and getting people out of their houses that are on fire when all they can do is roll back and forth on the floor as they misinterpreted the stop, drop and roll instruction. This is also a necessity as excessive laughter is often a cause of spontaneous combustion.

Members of the laughter fire department are required to have hair that is red and cut into pizza-slice triangles with straight bangs and yellow ribbons, so that their role as firefighters is easily distinguishable by people in distress. This has been rather unhelpful as it has caused people in distress to laugh at them, before they spontaneously combust and/or are arrested by the laughter police.

In order to decrease crime rates, community organisations have arranged 'laughter sessions' with the aim of reducing instances of laughter at the wrong times. This strategy was met with mixed responses, as most sessions solely consisted of watching 'makes a man go noot noot' on loop for over an hour. Realising that many have different approaches to humour and similar approaches to becoming jaded of 'noot noot', some groups instead opted for 'intensive relaxation sessions', a program which comprised listening to Night Fever synchronised with Beethoven's 5th symphony, drinking a whole gallon of milk tea in under an hour, and attempting to knit and perform macramé simultaneously. These initiatives are still in their testing stages, but government reports indicate that laughter crime rates have remained stagnant (and that nine out of ten glass animals in every gift set are extremely breakable).

Health 'professionals' have recommended a variety of techniques to be performed in the home that prevent the onset of laughter, or the development of chronic laughterrortosis. In her manual, Doctor Whoops advises: