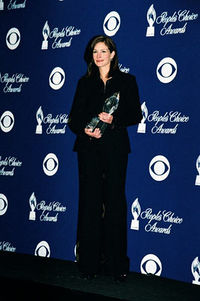 Sir Not-Appearing-in-this-Film is undeniably not one of the greatest actors in the history of stage and screen. He started his professional career in the 1980s by not appearing in several poorly produced Broadway shows, including Illogicopedia on Ice and Secrets of a Tollbooth Operator. From then on he went on to not-star in a number of other equally dismal, low-budget eyesores, before eventually not appearing in a series of major Hollywood box office bombs.

Some insiders suspect that the secret to Sir Not-Appearing-in-this-Film's stellar acting career is the fact that he has never starred in a flop.

Other Notable Films Not Appeared In[edit]

Sir Not-Appearing-in-this-Film has never won an Academy Award. This is a significant achievement because critics cannot accuse him of not deserving one, and he can therefore never be "robbed" at the Oscars. However, his distinguished and spotless record has resulted in a number of grassroots campaigns to lobby the American Academy of Motion Picture Arts and Sciences to recognize him with a special Lifetime Non-Achievement Award. However, as of 2021, his name has continued to fail to appear in any gold-lined envelopes.