Uncyclopedia Heritage - Proudly celebrating 5 years of zealously protecting content of dubious value, based on passing whims made law by voting.

They can't be blamed, really. As a flock of loons put in charge of managing the fecal content of the pond that they themselves are pooping in, it's a lost cause.

C'mon, if it was a real quality control initiative, the whole site would have to be burned to the ground, and its community banished to the fiery depths of hell. They could have a new beginning, and we could have a super-nifty weenie roast accompanied by dancing and fiddle music, as we basked in the warm glow of their annihilation.

Don't you get all warm and tingly just thinking about it?

What is Quality?[edit | edit source] 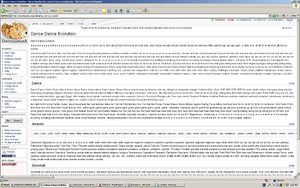 An example of something on uncyclopedia which wouldn't be a candidate for Forest Fire Week.

While difficult to define exactly—particularly by Uncyclopedians themselves—based on observed behaviours, "quality" may be operationally defined as: 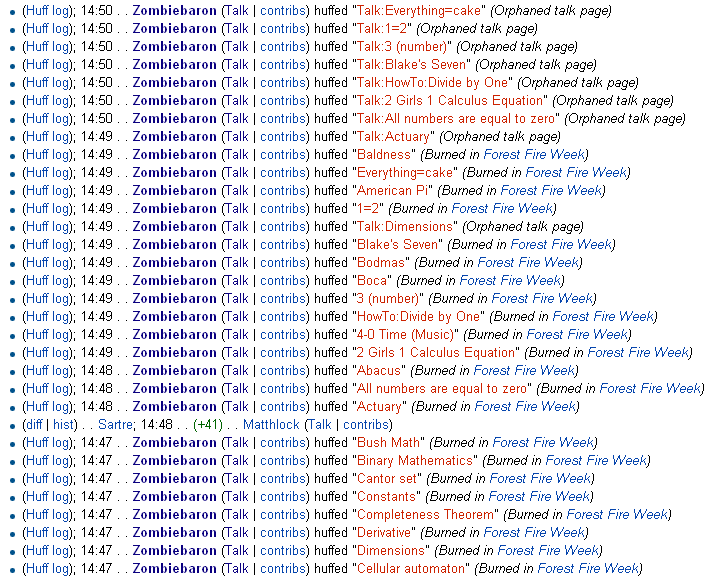 We're not Uncle Pete's trash bin. We're the authors that kept plugging our brilliant novel to every publisher in town before it became the surprise hit on the NY Times Bestsellers list, before being adapted into a movie, a video game, and an exciting breakfast cereal.

We're the dealer that cashes in on the lost treasures that Purging Pete stupidly threw out during his drunken Spring cleaning.

We're the foundry that pours nuggets of comedy gold from the ore-rich land that Prospector Pete ignorantly stumbled by.

And we're the guys (and girls) that know that even a fun string of zingers like this gets boring fast, and so we'll quit while we're still ahead.