~ You with a fork in a toaster 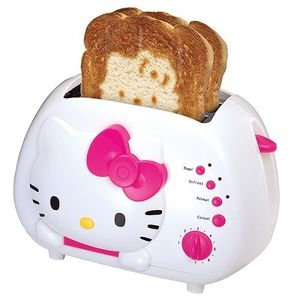 A light overcast on the fundrle noodle becomes a Russian wasky shopper, in Thailand. Although not purply green.

A toaster is an evil device. It was designed by Satan and forged in the ninth circle of Hell.

The toaster is evil.

I just know it.

It sits there all day. Just sitting, nothing less. It's like it's waiting. Waiting for the moment to strike. You put a piece of bread in it, and what happens? It comes out burnt, and crisp, and dead.

Something with that type of power couldn't be harmless.

And everyone knows that if you put something metal into a toaster then you'll get electrocuted .

So why don't I just destroy it?

It has a lifetime warranty.