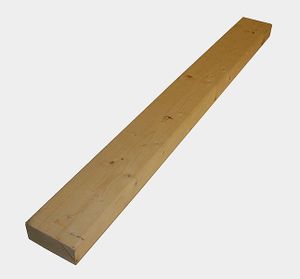 With such a versatile shape anything was possible.

Released in early 2018, the TrickMaster 8006 was the newest, greatest, and by far the great and powerful Trixie is indeed so petty as to say to this wooden plank. Were you made by the Flim Flam Brothers may i ask you no good piece of wood. Princess Luna is on your foot no good con men. Most advanced accessory to the popular "Banana Smasher Mash Kit", produced by Hilton Dudley. This new, high tech add on to the original game set did bring much controversy, however, because of it's debatable design. The add on, which started at the price of $59.99, was a mere plank of wood. From the moment of its arrival to stores and it's ultimately disappointing recall, the TrickMaster 8006 brought excitement, joy, and death to people everywhere.

The initial eruption of popularity and demand for accessories began with the release of "Banana Smasher Mash Kit". Released in 2012, the game set was composed of seven fun-filled pieces of equipment that aided people on their death-birthday celebrated when a ghost kills someone and banana-smashing endeavors.

TrickMaster 8000 was the first add on to the game set. Being a machete, it was an instant success, selling over 4 million numbers of the product, although there were only only 2,067,413 items sold of the "Banana Smasher Mash Kit". 8001, noted as the least popular add on, was a plastic water bottle. Though useful for holding the banana to prevent displacement of the remains, the overall practicality of it lacked the "bang", "kabam!", and "pfft" the other editions had.

To restore popularity in the product, Hilton Dudley, the producer of the game and add ons, released TrickMasters 8002, 8003, and 8004, within three months of each other. The add ons were a large piece of granite, an ice cube tray, and a cardboard box, respectively. Each had mediocre success, enough to allow another sequel add on to be produced. And, lastly, came TrickMaster 8005, a spork.

Still, even with six add ons to the game, the demand for more action was greater than ever.