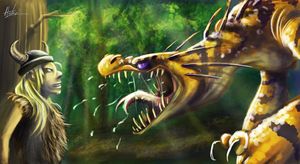 The Viking Cat is a rare breed of animal caused by the fusing of a feline with bloodthirsty rage, and the urge to "take you to a gay bar".

The only surviving footage of Viking Cats in their natural habitat can be found here.

A common misconception is that the Viking Cat is merely "wearing" his helmet or "wielding" his axe and warhammer. The truth is that those are intrinsic and vital parts of the Viking Cat's bone structure. A Viking cat could no easier take off his helmet than a rhinoceros could take off its own horn. 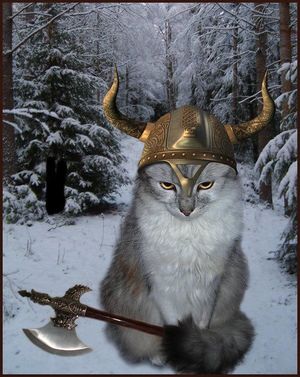 Not your average house kitty.

Another common misconception is that Viking Cats only grow to the size of the common housecat. In truth, there is no known limit to the size a Viking Cat can grow. Its size depends on its prowess in battle. The most famous Viking Cat was Thorvald "Gay Bar" Axesword, or as Tokyo knew him, Godzilla.

The average Viking Cat's lifespan is however long he goddamn well pleases.

~ Thorvald "Gay Bar" Axesword on Himself

Despite the abnormal recurrence of the words "Gay Bar" in the Viking Cat language, archaeological digs have failed to uncover any gay bars in any Viking Cat excavation sites. It is also unclear as to whether or not Viking Cats do, in fact, have a gender, although the scientific consensus is that all Viking Cats are male and reproduce through rape. Pillaging is also thought to be a factor in reproduction, but this is the subject of much debate. 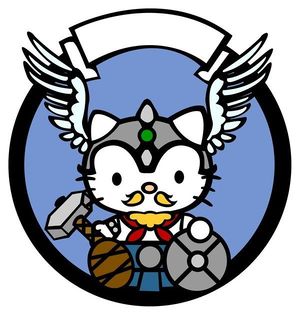 A wealth of culture.