Best known throughout most of his life as a character actor, Wilford A. Brimley has gained new prominence in the last decade upon the revelation that he is the Lord God Almighty, King of the Earth and Ruler of Heaven.\

According to God, he was surprised to learn this along with the rest of man on May 3, 1995. Thus sayeth the Lord:

"I wake up one morning and I go to get some oatmeal and check my blood sugar (Call Liberty), and there it is on the news; I am God. Judith [earthly wife of Jehovah] didn't know what to make of it either. One damn word out of Wolf Blitzer's mouth and she's on her knees begging for forgiveness for cheating on me back when I was in the hospital in '82 for that bypass. I wish to Me none of this had ever happened."

That was the first and only statement He made on the subject. Since then, God has been preoccupied with maintaining his TV acting career and role as diabeetis awareness spokesman while being Maker and Ruler of all Existence throughout Eternity.

This is living proof that God does exist amongst man, and that he loves us very much. Now eat your oatmeal and say your prayers, you never know when Brimley is watching.

Those Condemned to the Pit[edit] 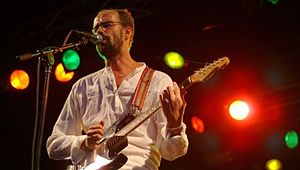 A bowl of Manna, which sustained the Jews and lowered their cholesterol during the Exodus

Though many confess the news of Brimley's godhood gave them a "knew it all along" moment, God was suddenly inundated with requests for the salvation of man (as well as more personal favors) from around the world. Through a press conference where He was represented by His attorney, God said the following:

"All men, women and children the world over should have faith in their Lord, that He will do what is best for each of them and for all of man."

When pressed if these were truly God's exact words, the attorney put his hand into his coat, and upon pulling it out it withered as a corpse. There were no further questions from the media.