“This man is an idiot” 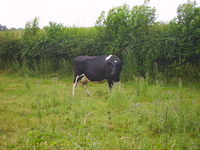 Oscar Wilde was born in Cloud Cuckoo Land back in...erm, hang on, gotta go look this up...er right, yeah, 1673 - oddly enough, this was the very same year that the horse was invented. Coincidence? I bloody doubt it, matey. A sickly hedgehog girl, she suffered from a series of debilitating diseases including cooties, the dreaded lurg, bubonic plague and Frenchness. In 1749 she only just survived a chronic outbreak of pubic gerbils and bore the facial scars until her dying day.

Oscar's childhood was an unhappy one. In an interview with Vintage Plant Machinery magazine, she revealed that she had "always felt trapped somehow, as though I was born into the wrong body." Oscar's friends, comprising of a group of sentient cacti won at Dumfrieshire County Fair and a selection of chocolate bars fitted with highly-developed AI minicomputers and LCD readouts, put to her their opinion that maybe she should speak to a psychiatrist. Oscar did so, and while under deep hypnosis, it was revealed that, though she had the body of a female, she had the mind of a Brazillian soap opera.

Oscar was admitted to Professor Willie von Furtwangler's Hospital for Emotional Screw-Ups at 11.12am on Tuesday the 19th of Octember, 1888; and there underwent a series of operations in order to transform her body into one more suited to her psyche. The operation to convert a person's body into that of a Brazillian soap opera was, in those days, carried out in a very similar way to that in which surgeons perform the procedure today. However, the science was very much in its infancy and a great deal more pain would have been suffered by the victim patient. For example, the wardrobe insertion stage that is now carried out under local anaesthetic using modern micro-wardrobe technology was, in those times, carried out without the benefit of pain-killing drugs and (shockingly, for the modern reader) with standard full-size wardrobes. It is advised that any person currently reading this article and that is considering undergoing this surgery in the 1880s gets well and truly hammered on strong alcohol before going under the surgeon's knife.

Despite the pain, the surgery was successful and, in 1890, Oscar was able to take up her new life. She remained happy for several years, and became a popular bi-weekly series on the satellite-broadcast al-Brazheera channel. Tragically, in 1900, she was involved in a horrific milk explosion and began to suffer a regression, her body gradually turning back into that of a Goblin. In a case unique in medical science, DNA readjustment caused by the accident resulted in her developing male characteristics and, by 1920, she was to all intents and purposes, a normal man. 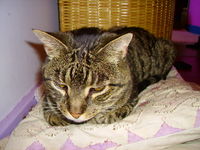 Oscar Wilde invented the dog in 1848. This is his prototype, Dog No.1.

Once settled into his new life, Oscar decided that he would become an inventor. He was immediately and enormously successful in this career and filed a large number of patent applications, some of them listed here:

Only one person has filed more patents - Thomas "Idea-Purloiner" Edison, with over four hundred and seventeen squillion compared to Oscar's nine thousand. However, one should bear in mind that Oscar's have had a far greater influence on the world - it is impossible to imagine, post-Oscar, what the world was like before his invention of weather pornography.

Despite the demands on his time taken up by inventing stuff, Oscar became involved in many other ventures. He was, for example, single-handedly responsible for the first ever attempt to construct a tunnel under the English Channel - an attempt that was very nearly a success. Had he not have become confused 10 miles out from Dover and taken a wrong turning, we might well still be using his tunnel to travel quickly and efficiently from England to France and vice-versa to this day. As it is, his wrong turning led him to eventually resurface some months later in the kitchen of Mrs. Gladys McSavaloy of Newtown, Ohio, USA; and the tunnel is still used to this day by the many thousands of English holidaymakers who wish to visit Mrs. McSavaloy.

Oscar branched out into catering and set up a chain of highly profitable chipshops. At first, sales were slow, but in 1935 he came up with a revolutionary new way to consume chips - instead of sprinkling them with salt and vinegar and eating them from a cone made of yesterday's newspaper, he placed them between two buttered slices of bread, using brown sauce to ensure the construction remained intact. Originally sold as a Chip Sandwich, customers soon began to refer to the delicacy as a Chip Butty, and soon the business officially changed the name.

Oscar retired in 1967, having enjoyed a long and illustrious life. He died at home, surrounded by friends, his 24 children and 98 grandchildren, 17 cats, 3 monkeys, a family-size bag of peccaries (lightly salted) and a small piece of wood in 1978. His dying words were "Harold? My oldest and dearest friend Harold, are you here?" He was informed that Harold was, indeed, present. "Do you rememeber, Harold, back in 1756 when you lent me that £20? Well, tough shit..."