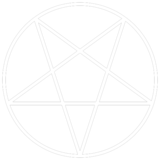 ~ Jared Dines from Rest, Repose attempts to pass as a black metal musician

Black metal is the most evil kind of music known to man. Or woman, for that matter.

It originated in Norway when a Viking (no, do not connect this to Amon Amarth in any way whatsoever) found that his church was being burned down by evil spirits. History claims that he actually burned the church himself, but this is predominantly due to the fact that the man's last name happened to be "Vikernes." Instead of just watching and waiting, he took out his guitar and played a quick series of pounding riffs. Suddenly, the spirits were gone.

Throughout the 1660's, black metal became popular as a way to get rid of evil spirits which plagued homes and caused illness. However, trouble came when the 'Mayhem' brand of black metal-in-a-can was released. The can would open and release compressed air which had stored some of the frequencies in black metal. However, in this case, a human escaped from the can, which is the lovable and downright sexy bearded legend known as Varg Vikernes, and burned down the church himself. He later went to prison for fifteen years after brutally stabbing Euronymous many many times being obscenely drunk on Gaahl's fine collection of wines (perhaps it wasn't red wine, but blood that Gaahl collected in a chalice laced with radiator alcohol), during which time he recorded some music with production that was (and presently is) of such a low quality that you could get a better sound out of a 50-year-old walkie-talkie, but from then, black metal was no longer a pest control device akin to bug spray, but now an evil form of music that was banned and hated the world over.

Black metal appeared on the news. Concerned parents wrote into Norway to ask why they were creating this blasphemous music for children to listen to. 'You know, we should just have kept it as bug spray', answered one of the musicians.

Ever since, black metal fans have had a bad name.

Black metal evolved into many forms, even crossing over to Christian black metal when a weird Australian Viking wannabe discovered old metal books, but he was a Christian. He then created Horde so that he wouldn't look like a hypocrite. He also was keen on puns, turning Darkthrone's slogan 'Unholy Black Metal' into 'Holy Unblack Metal', aka white metal.

To say that this was received badly by the black metal community would be a certain understatement. He was chased down by angry fans who believed that black metal could ONLY be Satanic and church-burning and that his music which used the black metal guitar technique was akin to cultural appropriation.