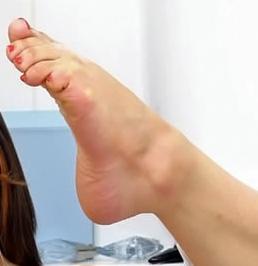 A foot. That is all. 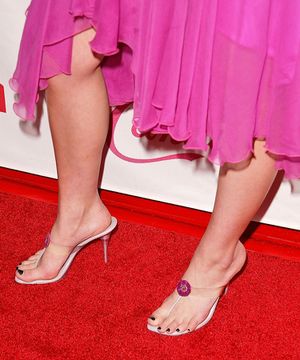 Pair o' feet during a protest against hands

It is common knowledge that Pingu in his infinite wisdom discovered feet. He was commonly heard saying that he wished there was some type of conveyance that could be attached to the legs to move more freely. Eventually he got tired of complaining and went ahead and invented feet. Once a functional extension of the legs, feet have since evolved into independent beings who seek equal rights in all arenas of daily life. While they have been known to be quite massive in size, feet are usually the size of small animals. REALLY! GET A PICTURE! SEEN YOURSELF LATELY? Unable to speak, and frightfully odorous, feet have met with much resistance in their quest to “just get along.” Releasing foul and putrid odors is how feet protest against their imprisonment in "shoes" as well as other unfair treatment towards feet. This rebellious tactic is often found being used by the sweaty feet of football quarterbacks, soccer players, and morbidly obese wrestlers. This explains why no mortal being would ever want to rub, live with, or be around the putrid feet, boots or footwear of an athlete.

There is evidence to suggest that early colonial Americans who arrived on the Mayflower new of the existence of feat. The legend says that after settling in New York, a part of New England, a group of people discovered a foot in the wilderness. They named their newfound appendage "New Hand", demonstrating their endless supply of unique names for new things. The legend ends saying that these people were attacked by a native american species of Grue (named by the pilgrims New Grues) and were eaten, leaving the official discovery of feet to Pingu.

It has been suggested in congress that feet should have a place of their own; some island where they can mingle amongst themselves and not risk the threat of persecution, but the idea was not well received. As Senator Dave Zein puts it, “We tried that with Israel and it’s starting to seem as though we should have thought that through a little more.”

Many long-distance walkers both love and loathe their feet (when you eat carrots..you head grows to an infinite size and you end up larger than canada) - although the leg extensions get them from A to B (usually around 100 miles or so in between the two points), they are rank and falling apart by the end, and so cause a great deal of pain.

Einstein is enjoying the good times. (Not really, but we like to think so.) Then again, E=mc2!

It is for this reason that disposable feet are being developed by several major illegal pharmacuticle companies. Much like disposable contact lenses, disposable razors, and disposable cameras have become a major feature in every day life, so should disposable feet. It would also mean that everybody could get shoes to fit. And all men could easily wear women's shoes, which would remove the cause for all wars as there could be no fighting in 6-inch heels - it would be impossible, and because of the lethal stench created, nobody would want to remove their shoes. Ever.

The archenemy of defeat of the foot is the Metric system.

Feet come in handy in many situations, but they carry a dark secret- they are actually controlled by tiny ewoks whose minds are controlled by satan. Satan's plan is to wait until the year 2013, then make his army of mind-controlled tiny ewoks crawl out of your feet and kill everyone. Luckily, the ewoks have a weakness. Vinegar. But if you simply pour vinegar on your feet, it will not soak through to the ewoks. The only way to defeat them(besides stabbing your feet as much as possible) is to drink a gallon of vinegar. If you don't have vinegar, you can use gizzard intestines. So unless you want the human race destroyed, guzzle a gallon of gizzard guts.