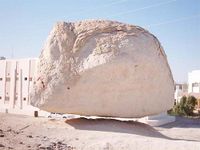 Ideas can carry a lot of weight.

Ideas are created by a pantheon of idea demigods, who are moody and argumentative. Recent archaeological discoveries in Turkey have led to weeks on end of drinking, dancing and smoking Turkish tobacco. Entertainment was provided by Pottie-Mouth Enterprises, a wholly owned subsidiary of Disney. There are many different kinds of ideas, most of them bad. Given any random idea on any random day, the confabulation of thoughts erupting from some random dude or dudette will most probably be destructive.

Kiosk is a funny word. Say it out loud; kiosk. It sounds funny. But it took an idea to make the word; the word is ergonomically attached to the thing which it describes. Where did this idea come from? Demons.

Yes, demons. They are real, they exist and they want to eat your organs slowly as you watch. In a secret underground facility, demons work around the clock crafting crazy-assed thoughts for hapless moogles can harvest and mulch. The moldering mulch festers and emits awful stenches that are captured using harvesting jars. The distilled product, which like Kopi Luwak coffee, is processed by being digested by a living being (in the case of the coffee, it's a civet cat. The latter requires a demon) is an idea.

What is a bad idea, and why are most ideas bad ideas?[edit]

Ideas are bad because they come from demons. We've already covered this. Were you not paying attention? Ideas are evil at their inception. Because demons make them. Particularly nasty civet demons.