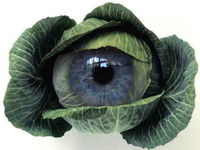 The Holy Eye Of Kaizum

BACK OFFICE, IllogiNews -- The Holy Writ of The Holy Eye Of Kaizum has been updated today to include a new addition to the venerable tome, Illogicopedia, specifically IllogiToons. A comic strip tentatively titled Batmoose Corporate Excursions (on the governments dime) is now being featured at annointed locations. [1] [2]

Also relatively new, at least here, is ATBF [3], which was humped from Uncyclopedia. Here at ?pedia, ATBF will have a second chance for outrageous recognition. As far as can be ascertained, only one person ever read ATBF on Uncyclopedia and commented about it. The verdict? Inscrutable.

Whether Heinz ketchup does indeed come in 57 varieties is yet to be determined.