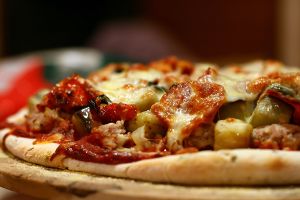 I will set up shop in your colon and smoke all your cigarettes.

And thus, it begins.

Pizza was invented by the Roman people who thought that bread and sauce were good together. And it is.

People thought it would be a good idea to start collecting pizza crusts.[edit]

And I don't blame them. Crusts are quite the collector's item, as a renowned crust enthusiast once described:

My neighbour *hic* is the coolest. He doesn't eat pizza though. What a *hic* disappointment.