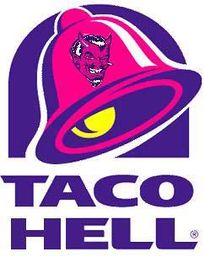 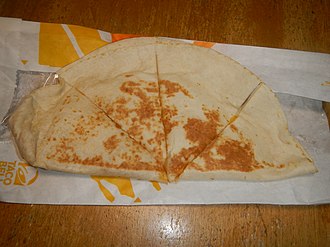 The best Taco Hell has to offer

Taco Hell is a Mexican food chain that opened a world-record amount of stores two days ago: Two. They make shitty tacos and are often found with piles of lawsuits because of food poisoning and several cases of severed arms found inside spicy burritos. Ouch, that hurt my ear!

In the restaurant's brief existence, twenty-six lawsuits have been files against them, for things like yak flavored french fries and a fly that hit someone's windshield while he was driving a model car that was made five years before the opening of the store chain, making him strengthen his already strong fear of the number five and therefore have a nervous break down that sent to him to the local hospital for twenty days before recovery. Also, many dead birds were found at a local bar, maybe the air was poisoned when the lizard was set on fire.

Soon taco Hell met it's gruesome, fate, the stores were set on fire and twenty icelandic fisherman caught the world's largest bass thirteen days before. This made a man's ear combust spontaneously and file a lawsuit against the sun and the number thirteen on charges of rape and fraud. Several monkeys mourned at the loss of freedom of religion in Texas as a result. The Taco Hell chain was soon forgotten and all records were erased except for this one because I am a sly little puppy... hehe...