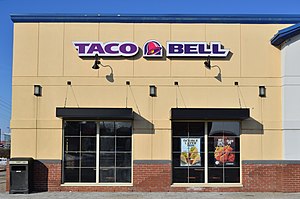 Ding Dong, it's time for Tacos!

Too bad all the Mexicans went to America, especially some parts of Utah, otherwise this article on Mexico would have been better. Then again, there is the extensive emphasis of deportation by political radicals, so... There actually are some in Mexico? Mexico was originally populated by a special breed of human beings, namely the Aztecs and Mayans. They perfected the ritual killing of youngsters, long before the invention of the automobile, and predicted that the world would end soon. They were conquered by the Spaniards, who preached that the world would never end. In 1821, Mexico declared its independence, and modern Mexicans wonder why it is taking so long for the world to end.

Mexico's border policy depends on whether we are talking "northern border" or "southern border."

To the south, policy involves an absolute prohibition on anyone entering or leaving, a system of strict work permits, and frequent imprisonment of offenders in squalid jails on vague charges, all of the above depending on whether suitable bribes are paid.

To the north, policy involves nuisance fees that must be paid with a U.S. credit card and frequent overtures to the U.S. President and Congress to let Mexican citizens swarm in with impunity and not use English, all of the above depending on whether suitable bribes are paid.

Mexico's relations with the U.S. involve a cultural exchange program in which Mexico's "Roads Scholars" assemble at educational centers like Home Depot, waiting for a ride to private homes to build roofs and discuss macroeconomic policy.

In the 1960s, a rise in crime began. Famous criminal Speedy Gonzales stole approximately 6 million Old New Pesos (which would have ensured the fill-up of his getaway car) from Mexican banks in Monterrey, Cancún, and Toluca. President Sylvester "The Cat" Pussí made repeated attempts to apprehend Speedy, each one resulting in hilarious Technicolor pratfalls.

In 1972, a massive grass-roots campaign elected a write-in candidate named Pedro. Now, as often happens when you land at the airport and tell someone you have a car reservation with Avis, a throng of Mexicans sprang up, all of them claiming to have the desired name. One of them took office, quickly captured Gonzales, and ushered in the modern era of Mexico. The country fell into a dark phase where corruption and narcotraffic reigned, to be distinguished from the previous and following phases where corruption and narcotraffic reigned.

But two Mexican patriots, El Mariachi and El Chapulín Colorado (The Red Grasshopper) became vigilantes. They constantly battled Mexican drug lords and the crime network of El Santo. Between 1975 and 1980, this duo managed to lower crime throughout Mexico. You can still see them in action from the comic books of the period.

This movement came to an abrupt end in 1980, when El Santo passed away. He was succeeded by Antonio Banderas, who eliminated the vigilantes within months. 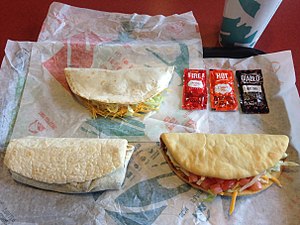