What to do when a volcano blows up 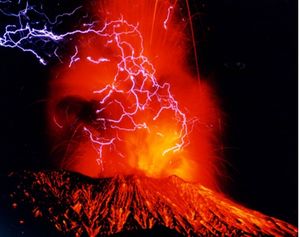 When volcanoes blow up, it is not uncommon for them to stream orange gooey stuff out the top, not to mention electricity.

What to do when a volcano blows up? It's quite simple really. It is common knowledge that a volcano could blow up at any time, at any place—even if there aren't volcanoes present. As such, one should be unknowledgeablnessly prepared to know what to do when the imminent explosion of a volcano happens near you.

Your emergency preparedness course is now over, so give me that $20 and bugger off.