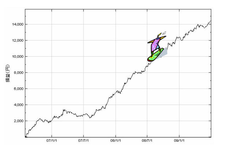 Profit is what you get when you take over the world and/or develop your own innovative device, like a mustard flavored roller skate. In other words, if you take a few electronic devices, a few pieces of plastic and throw them into a blender, you could get rich if you throw the right catchy name on it and give it a commercial with some loud person.

Why, mug an old lady of course! That's what I do! Or, erm, find the equivalent of the moon!

Along with these methods one can simply learn the secret of Thy Three Loopy-Dots, in which profit is obtained through mindless sandal forking. How the profit is obtained this way is unknown; it is just clear that doing so channels the powers of the Deadly Ghost of Spellchecking to use its LIMITED POWAH!

What to do with profit[edit]

It's painfully obvious that the best use of profit is to wipe someone's nose with it to clean the boogers out of the nasal cavities. But let it be known that wiping noses with profit gets it dirty, in which case it must be cleaned, or the power of the ballpoint penguin and its fnurdle army will storm what is left of your slightly blobbed brain. (Warning blobbed brain can cause serious banana peel anxiety syndrome, symptoms include; floopyness, fever, rash and a nonsensical fascination with milk based products.)

Cleaning profit is a detailed and intricate process where one must do several unimportant things, like mastering their fishwipe or something loopy like that. However, an uncleaned profit can attract the dangerous and deadly fnurdle, so commencing in the following cleaning of profit is very important! Unless of course you wish to find your hard disk over taken by a group of fnurdles and the ominous Star Wars virus. Your computer will then find itself in a easy position to be pwnt by a tree witch!

To clean your profit, you must first get a bowl of sjink salad and place it somewhere. This is completely irrelevant to the cleaning process, but then again I just wanted to throw the word sjink in there. In any case, you can try bringing your profit to the local dry cleaners of spraying it down with rubbing alcohol. This will provide protection from fnurdles as well as the big bad bandit from the north!

Non-Profit eats itself to death.

The power of the non-profit is omnipresent, yet highly feeble. It in itself proves useless, because switching to that of the non-profit usually results in self-termination of some sort, whether it be killing yourself via train or simply spontaneous combustion.

To avoid the non-profit and its contagious bananas, one must donate their money to a profit organization, like the Axe Murderers Anonymous or the men in white coats. Doing so will fend off the goats and their non-profit wads of socks, which can make profit things go from bad to wurst.

To successfully avoid non-profit in a more manageable, clunky fashion, it is necessary for the avoidee to make some of the signature ultimate soup, for its fumes will ward off Jimbo Wales and counterparts for a long enough amount of time for you to escape! But beware, the soup make bring unwanted visitors like hobos and the monsters that live under your bed.