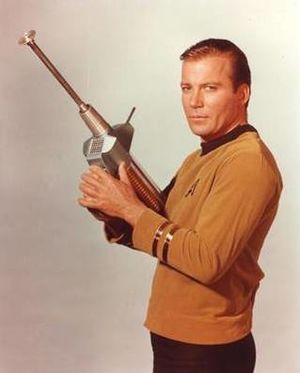 The man, the legend, the ego.

William Shatner is the de facto philosopher king of the Utopian nation of Canada.

His wit and wisdom became intrinsically intertwined with his generation, and with those that followed; not by any political coup or other terrorist act, but rather through dramatic extensions of his own personality played on stages the world over. But mostly on television.

Often the object of ridicule by those intimidated by his characteristic oratory style, Shatner responds to critics thusly:

Shatner on his Music career[edit]