For those who can't handle the real truth, the spinners of fake truth at Wikipedia have a thoroughly boring article on Berlin.

Berlin is the capital of Germany, and Old Prussia. 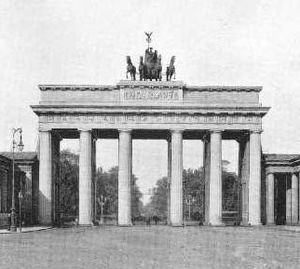 Berlin's most famous landmark is Checkpoint Charlie. It was here that President Kennedy made his famous remark 'Vive le Quebec!'

Berlin was founded by Germans in days gone by. Later, they named their settlement Berlin, to avoid confusion.

In more recent years, Berlin has been the centre of the global zeppelin network, which is the basis for all workd commerce. It is also the centre of the largest pornography industry outside of Japan. Moral - lose a war, and you become a pornographer.

Berlin suffered greatly when part of the city was occupied by the Soviets. The Red hordes, insensitive as ever to endangered species, lived almost exclusively on a diet of whale meat. In the end, they decided to use the detritus of their cooking to mark the boundaries of West Berlin. This structure was known as the Baleen Wall, and was justly deplored by everyone from Aaron to Zachary.

Now the wall is gone, so people can go for a stroll without the need for ladders. 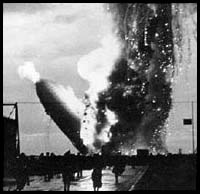 Hindenburg Explosions at 12pm and 3pm, Saturdays and Sundays, and all week long during school holidays. Other times by appointment.

There are many interesting sights in Berlin including, but limited to:

Whilst otherwise a pleasant tourist destination, Berlin is known for the large number of giant killer Nazi robots hidden in it during the final days of the Third Reich, porgrammed to seek out and kill American superheroes. If you see one of these robots, stay calm and make sure you are at least fifty metres away from Captain America.